This is a documentation of The Assembly, a political role-playing-game, which took place live on Zoom on 30.09.2020. Aspiring to hack the algorithm of selfhood, reprogram national self-understandings and debug the EUROPEAN UNION, the game envisions the EUROPEAN COMMISSION in an alternative 2020.

In this parallel reality, pop-star TARKAN comes out as gay in 2003, Turkey joins the EU in 2009, the Syrian civil uprising of 2011 leads to democratic reforms instead of civil war, the UK’s 2016 Brexit referendum results with the decision to remain, YANIS VAROUFAKIS is the President of the EUROPEAN COMMISSION with URSULA VON DER LEYEN and DAVID CAMERON as Vice-Presidents and they have a legislative proposal for unconditional basic income on their agenda.

The audience joins the meeting as Members of the EUROPEAN PARLIAMENT who are responsible for overseeing the Commission. Upon joining the meeting, each audience member is sent an information package explaining the details of this political reality and assigned a political affiliation. They are encouraged to use the virtual background included in the package and to make an in-character statement, objection or inquiry to the Members of the Commission and influence the draft legislation in accordance with the wishes of their constituents.

Pre-recorded deepfakes of contemporary political figures – warped through the perspective of this parallel universe – are embedded into the game. The ever-evolving narratives and the incalculable outcomes will be co-created by the players and the audience. 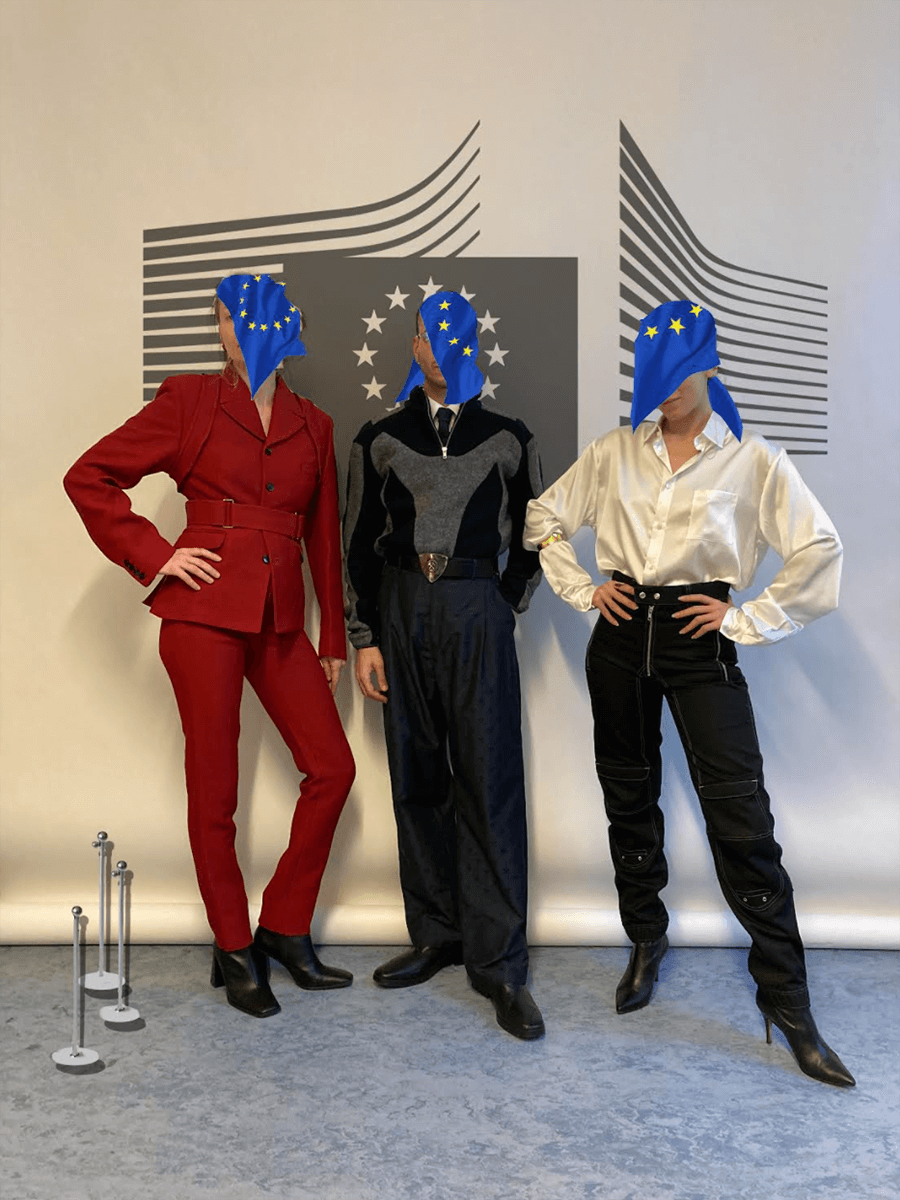